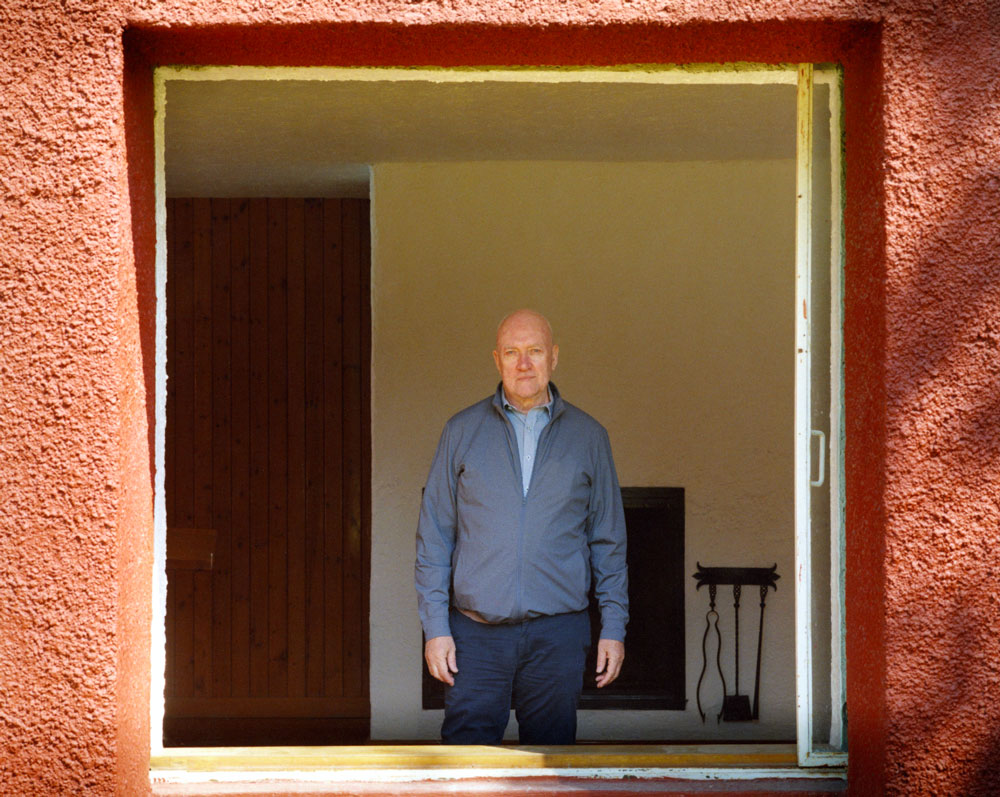 Sean Scully was born in Dublin, Ireland, in 1945 and brought up in a working-class neighbourhood of South London. After apprenticing as a typesetter in a printing shop, he enrolled at Croydon College of Art and later studied at Newcastle University. Initially a figurative artist, Scully soon began experimenting with abstraction, creating complicated grid paintings of intersecting lines, braided into a dense optical field. A visit to Morocco in 1969 was formative in awakening Scully’s imagination to the language and power of stripes, which he noticed everywhere in local textiles. Following a fellowship at Harvard University in 1972, he returned to the United States in 1975 and settled in New York, where he began creating stark, minimalist works of almost gestureless precision. In the early 1980s, he began to reintroduce vibrancy and visible brushstroke into his paintings, retaining the vocabulary of stripes and blocks of abutting colour, while transcending the austerity of minimalism in favour of something more expressive, metaphorical, luminous and intense. By the mid-1980s, Scully had become internationally acclaimed. He has twice been nominated for the prestigious Turner Prize and his work can be found in the permanent collections of most major art institutions in the world. "He belongs", according to the legendary art critic Arthur Danto, "on the shortest of short lists of the major painters of our time".